Perspective: Perspective in photography can be defined as the sense of depth or spatial relationships between objects in the photo, along with their dimensions with respect to the viewpoint of camera.

Image Angle: The focal length and the size of the sensor define the image angle. This means: Which section I (or the camera) see of the scene.

But perspective doesn’t mean only the high of the camera, it means also how far away the objects of the scene form the camera.

Example: We want to photography a hotel and in the background we see the sea. To make the sea look more near to the Hotel get a higher distance to the hotel and zoom-in. What happens? The hotel has the same size on the pictures but it looks like the sea is closer to the hotel. The same I photography with that rose, at the first picture I was close up to the rose and the trees in background seems to be far away. At the second picture I had a large distance to the rose and zoomed-in and it looks like the trees directly behind the roses.

Caution: We have this effect only if we change the perspective (the position of the camera). If we zoom in or out we don’t get the same effect, because this only change the image angle and not the perspective.

You can remember this easily with rails: if you stand on the rails and you look to the horizon you will see that the higher the distance the smaller the distance between railway sleepers. 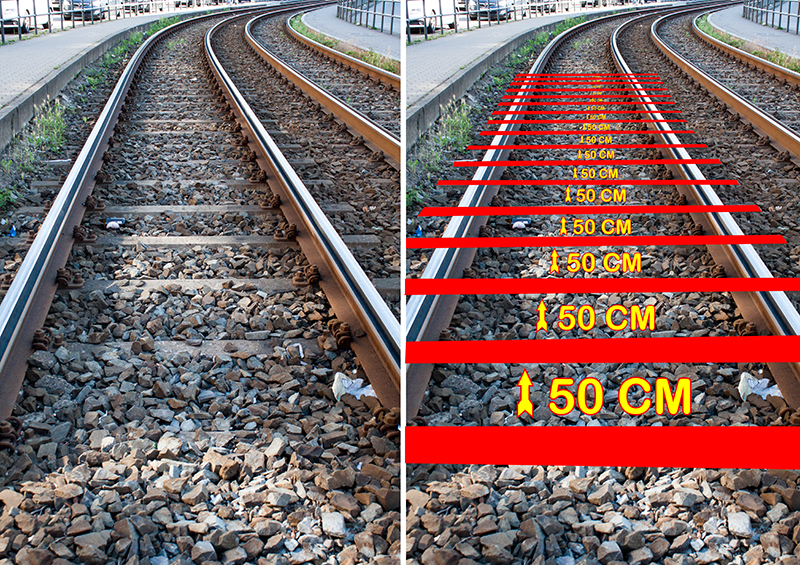 Now you will have the same effect on the model: the distance between objects looks higher or lower the higher lower the distance of the camera to the scene. If you press a 3D Object on 2D it will get broader. I did an animation do demonstrate you the change of a face:

What do you think about the tutorials are they good, to easy or to hard? Let me know, so I can improve it 🙂

Photography tips – beginner mistakes & how to avoid them